The different kinds of relationships that can exist between any two scientific communities make it necessary to distinguish between two subtypes of authority delegation: mutual and one-sided. Some scientific communities, such as physicists and biologists, delegate authority to each other over different topics. In other instances, however, a community will accept theories of another community without the latter community accepting any of the theories of the former; such is the case with philosophers and physicists, for example. 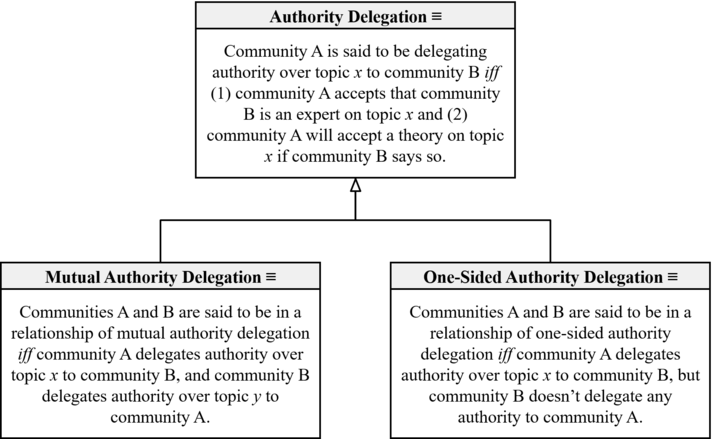