An attempt to answer the question of Mechanism of Mosaic Split which states "When a theory assessment outcome is inconclusive, a mosaic split is possible."

Possible Mosaic Split theorem was formulated by Hakob Barseghyan in 2015.1 It is currently accepted by Scientonomy community as the best available theory on the subject.

Like the broader topic of the Mechanism of Mosaic Split the matter of possible mosaic split has classically been regarded as a case of divergent belief systems in communities, with the caveat that the divergence in the community is contingent, not necessary. As such pre-scientonomic approaches are those that are considerate of situations in which community beliefs may diverge but will not do so necessarily.

The obvious starting point for this sort of discussion is Thomas Kuhn, for whom any case of scientific change is merely contingent owing to the nature of scientific revolutions.2pp. 146-149 In terms of the mechanism itself, Kuhn suggested that the actual process of theory choice ultimately comes down to the deliberation of values inherent to scientific endeavors, which together constitute the "shared basis for theory choice".3p. 103 A divergence within the community implies a conflict in the value-assessment that the community has undertaken when deliberating between two theories. In such cases the emergence of two distinct communities with two different sets of theories arises due to the possibility of differing beliefs with regards to values. These debates do not necessarily end in a division in the community, so it is clear that we are still within the domain of contingent divergence of belief.

Larry Laudan would later take up a model similar to Kuhn's except that Laudan more clearly explicated the role of values within a hierarchy of scientific debate.4ch. 2 Laudan's proposal was that a community could experience divergence of belief and a split in the community any time there was a disagreement at any level in the hierarchy, though this is not necessarily the case.4p. 46 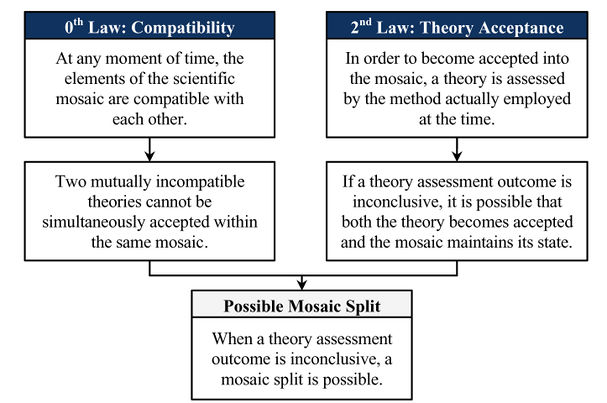 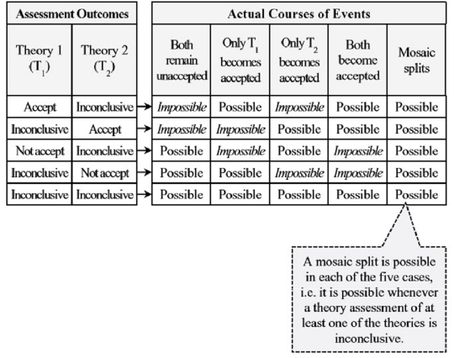